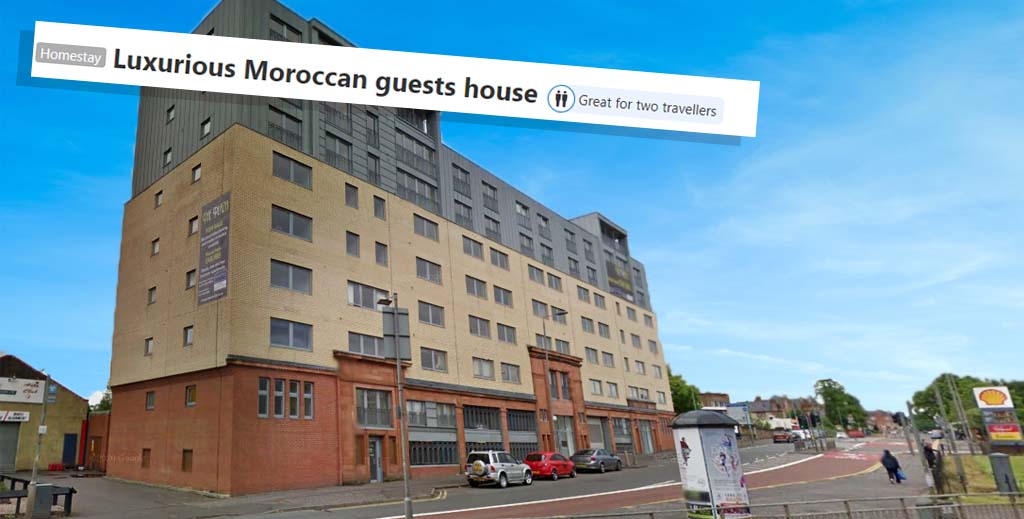 A landlord in Scotland who could be the first to face court action over illegal short-lets activity has protested his innocence to LandlordZONE.

Jamal Boutoubane, who rents out a flat in Victoria Road, Glasgow, is still advertising rooms on sites including Booking.com despite receiving two council enforcement bans.

Glasgow Council has received complaints about anti-social behaviour and poor management of bookings, and neighbours say they have had to help guests who’ve been left waiting outside the building, unable to get into their rooms.

The council is also looking into neighbours’ claims that the two-bedroom flat was converted into four bedrooms without planning permission and that fire doors were replaced or removed entirely.

Boutoubane was told by the council that the flat should only be used for residential use in October 2017 and again in July 2020.

Council planners are said to be confident they have enough evidence to persuade a sheriff to issue a court interdict (injunction) to prevent the property being used for holiday lets, in what would be a test case.

A Glasgow City Council spokesman says: “The council is considering legal action in light of the failure to comply with the enforcement notice.”

Jamal Boutoubane tells LandlordZONE that his neighbours have been trying to sabotage the business.

“Airbnb is totally legitimate and calling the property that you rent out to suit the style and decoration is 100% allowed and temporary modifications within the interior do not require any consent,” he says.

“I live in this apartment with my brother and do not rent out regularly – I rent out two rooms which I am allowed to do.”