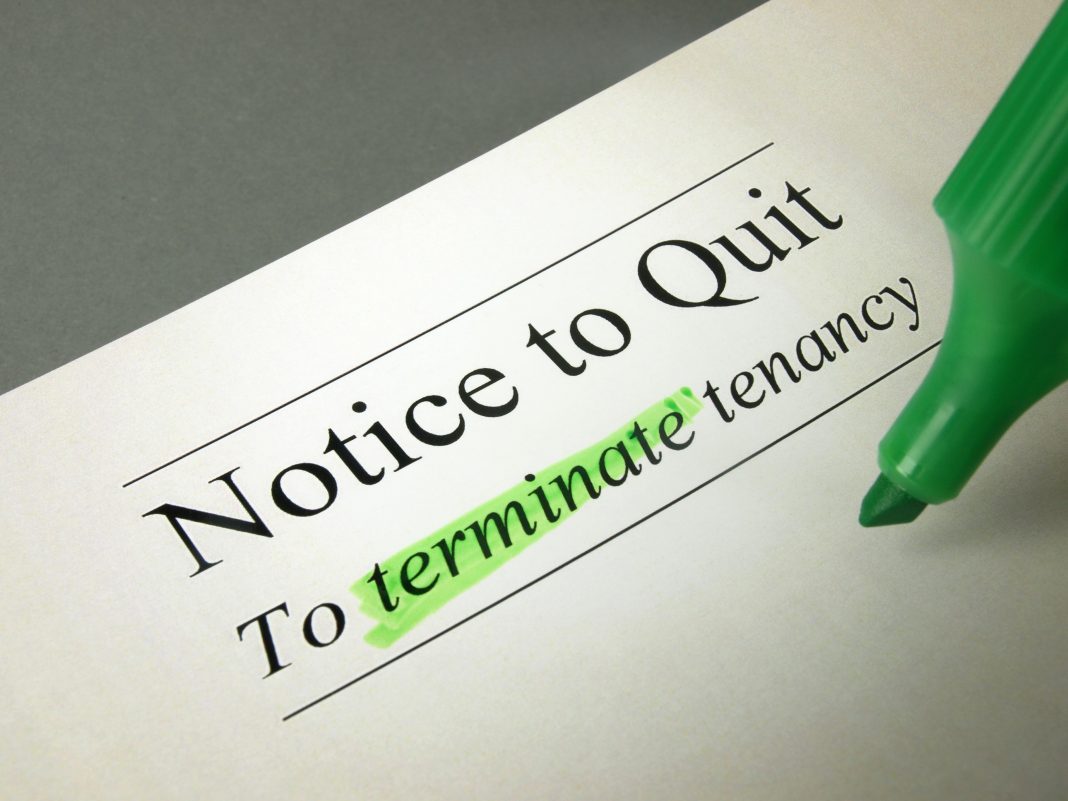 A row has erupted over figures produced by a Joseph Rowntree Foundation report, claiming that landlords are evicting tenants without good reason.

Writing in The Guardian Newspaper, Dan Wilson Craw, Director of Generation Rent, blames the “no fault” Section 21 eviction process for a rise in tenant evictions:

“Unfortunately, there is no official explanation for this [the rise in evictions], because private landlords don’t need to give a reason when they ask tenants to leave… [The] Joseph Rowntree Foundation attributes 80% of the recent rise in evictions to this “no fault” process.

“This process is enshrined under section 21 of the Housing Act 1988. The other eviction route is section 8, where evidence of a breach of the tenancy is required. Section 21 evictions are therefore easier,” writes Mr Craw.

Homelessness charities have long campaigned for the abolition of the no fault section 21 eviction process, introduced in the Housing Act 1988, a mechanism which many argue was the salvation of the PRS in the UK, which had dwindled to almost nothing following the Rent Acts of the 1950s and 60s.

Following its publication, the JFR report has caused alarm and anger among the landlord community, especially as the social landlord aspect of the private rented sector (PRS), housing mainly low income tenants, is a relatively small proportion of the industry as a whole, and because the vast majority of landlords want to encourage good tenants to stay as long as they want to.

In response, the RLA chairman Alan Ward has written an open letter to new JRF CEO, Campbell Robb (formerly CEO of Shelter), asking him to explain how he came to the conclusion that the number of evictions was greater in the PRS than in the social sector, when official figures recently produced by the Ministry of Justice clearly show the exact opposite to be true?

“…Whilst the RLA is well aware of the impact of recent welfare reforms, we are seriously concerned about the potentially misleading and distorted presentation of official statistics on repossessions. I should therefore welcome an early response to a number of questions.

The report notes that “the number of tenants evicted by private landlords exceeded the number evicted by social landlords for the first time in 2014.”

As you know, the Ministry of Justice’s Mortgage and Landlord Possession Statistics break landlord possessions into three groups:

This would be the case even if every claim using the accelerated procedure was undertaken by private sector landlords.  I would therefore be grateful if you could provide an explanation as to how JRF has arrived at the conclusion that “the number of tenants evicted by private landlords exceeded the number evicted by social landlords for the first time in 2014”.

The press release to accompany the JRF’s report noted too that “Over 40,000 tenants were evicted from their homes by landlords in 2015.” It later goes on to say that: “Of the 40,000 evictions, there were 19,019 repossessions in the social housing sector, and 22,150 in the private rented sector.”

Such a statement cannot however be made based on the figures in the MoJ’s statistics tables accompanying the January-March 2017 mortgage and landlord possession statistics.

Table 8 provides the mortgage and landlord possession workload in the county courts of England between1999 – 2017. For those repossessions that led to the courts sending bailiffs in, the figures are as follows.

This data very clearly shows that since 2014, more bailiffs have been sent to repossess properties in the social rented sector than in the private rented sector.

The only way that it could be shown that there were more bailiffs involved in repossession cases in the private rented sector would be to assume that every accelerated procedure was for the private rented sector which as well as being undocumented is unlikely given the documented balance between private and social landlord evictions. I would be grateful therefore if the JRF could make clear where its figures have come from

English Housing Survey and the NAO

I should finally be grateful for an explanation as to why, in a report on security of tenure, the JRF has failed to note that, accordingly to the English Housing Survey for 2015/16, the average length of time a tenant has been in their current private rented property is now 4.3 years.

Likewise, the survey showed that 73% of private sector tenants had moved from their previous property because they chose to, 11% said that their landlord or agent ended the tenancy and just 2% said it was because of a rent increase by their landlord.

Likewise, the JRF report failed to report that the National Audit Office has noted that “since 2006, the cost of private rented accommodation has broadly followed changes in earnings across England”, whilst social rents have “increased faster than earnings since 2001-02.”

Given the clear public interest in this issue, I am publishing this letter on the RLA website, and copying in Sir Andrew Dilnot as Chair of the UK Statistics Authority. I look forward to receiving a swift response.”