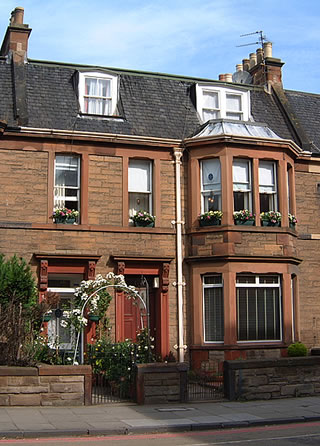 Edinburgh Council is continuing its crackdown on the short-term letting sector by banning a home owner who bought a flat through an affordable housing scheme.

Enforcement officers stepped in after two neighbours complained; one objected to noise disturbance and anti-social behaviour while the other flagged up the fact the property had been bought through an affordable housing initiative known as Golden Share. Under the council-backed initiative, home-buyers can buy a property at 80% of the open market value – a significant reduction in a block where the average property sells for just below £218,000.

Inspectors found the two-bedroom flat in Elsie Inglis Way was being openly advertised for short-term holiday lets for six people on various booking platforms, telling visitors they could check in any time between 1pm and 11.30pm.

In their report, council enforcement officers said the location of the flat on the ground floor and the number of people, combined with the ability of guests to access areas of communal provision, including a stairwell and landings, was having a detrimental impact on other residents.

An Edinburgh Council spokeswoman tells LandlordZONE: “We have taken enforcement action in this case and we’re now working with Scottish Government to take forward new powers to regulate short-term lets.”

The temptation to rent out to short term lets to reap the large fees can be too great because it’s so lucrative, says Gavin Dick, local authority policy officer at the National Landlords Association, but he adds: “There are usually conditions around housing association purchases, such as if you need to live there or are able to sub-let it because the council owns part of the property.” A licencing regime is set to be introduced by the Scottish Government in the next couple of years.