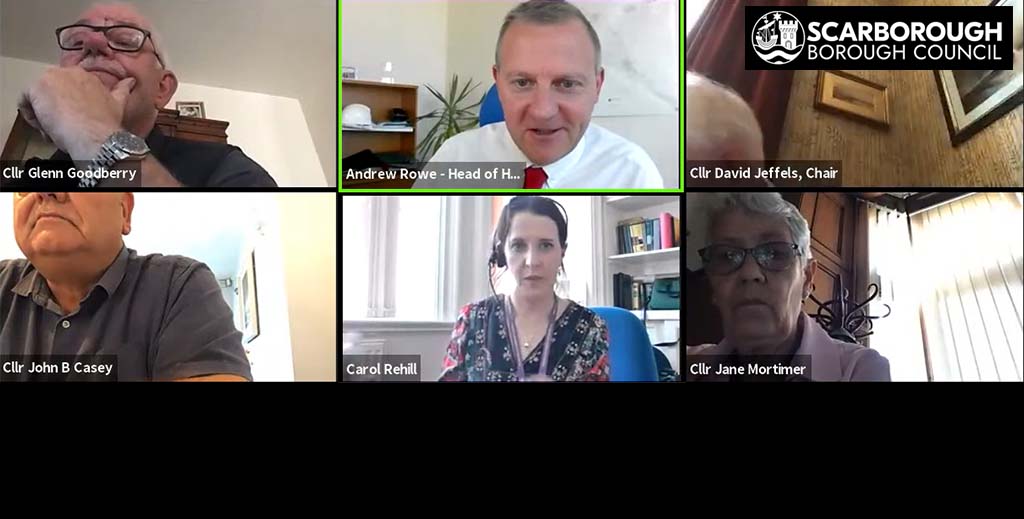 Scarborough Council fears ministers have gone cold on selective licensing after a year-long wait to get approval for its new plans.

Last summer, the authority voted for a new scheme to cover the Scarborough South area in the town’s Weaponness and Ramshill ward following a public consultation.

This needs government approval as it would take the total number of properties covered by selective licensing above 20%, however, councillors at a meeting of its lives and homes overview and scrutiny committee heard that there was still no news.

Housing manager Andrew Rowe (pictured, above) told the meeting the government had previously blamed Covid for the delay in making a decision.

He said: “Despite lots and lots of chasing, including some lobbying by the [local] MP, the government has not made a decision on that third scheme yet and we sense that perhaps the government is becoming a little bit cold on selective licensing but we will see.”

Rowe added that a number of selective licensing applications from other authorities in recent weeks had been refused, suggesting a “change of emphasis or policy” from the government.

However, a Department of Levelling Up, Housing and Communities spokesman tells LandlordZONE that decisions to approve selective licensing schemes are made on a case-by-case basis and would not be drawn on whether there has been a policy change.

He adds: “Scarborough’s selective licensing scheme application is currently under consideration by the department.”

Councillors heard that one option was to end the first selective licensing scheme the council adopted in 2017 – in Castle and North Bay wards – as all the inspections in that area had been carried out, which would mean it would no longer need the government to sign off on the Weaponness extension.

All privately rented properties within parts of the Central ward in Scarborough were covered by a second scheme in 2019.