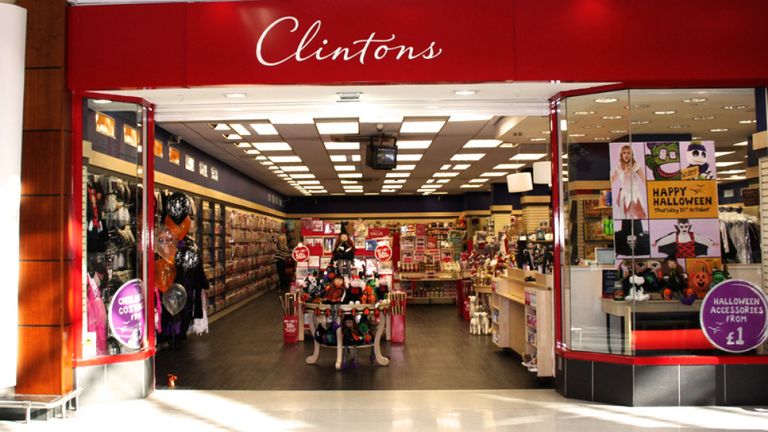 The High Street woes continue apace as, following on from last week’s Mothercare announcement of administration, Clinton Cards are also in serious trouble.

After intense speculation about the future of the baby goods retailer, it was confirmed last week that Mothercare has fallen into administration, putting about 2,500 jobs at risk and 79 stores could close. However, The Mothercare’s parent company will continue trading as a global operation and possibly online.

Following meetings with landlords, Clintons’ owners are looking to close over 60 stores and to cut the rent on hundreds more, that’s according to reports appearing in the press. It seems the company is weighing up either a Company Voluntary Arrangement (CVA) or full administration.

The Sunday Telegraph reported that 66 shops could close with a further 206 having their leases renewed on performance related rents (turnover rents)* with landlords taking a share of the trading risk, linked to each store’s performance.

An industry source informed Property Week that landlords were unlikely to have been surprised at the approach given that the owner, the Weiss family, which purchased business in 2012, had made little further investment since.

In the case of Mothercare, it’s been struggling to make money on the High Street for many years, with sales have fallen every year since 2012. A whole host of other firms are now offering baby products at lower prices and Mothercare’s range became somewhat outdated.

The competition from supermarkets selling their own lines, such as Asda through its George range and Tesco through F&F and more lately online shopping, is intense. Fashion retailers Primark and H&M both have popular baby wear ranges, while Amazon and Argos dominate the toys market.

What’s more Mothercare’s customers are in the main, young internet savvy shoppers who are very comfortable shopping around for the best prices and value the convenience of buying online.

The greeting card industry has been struggling for some time to stay relevant in the digital age and even leading card publisher Hallmark has announced that it is closing its distribution centre in the US, with 570 jobs losses there – most thought they had a job for life.

Social media has come to the fore in the “personal expressions industry”; it’s faster, cheaper, and now often the preferred means of communication.

*A turnover rents are calculated by reference to the turnover generated by a particular store. For this to work the landlord needs access to accurate turnover information, but tenants do not always provide timely accounting information. Leases need careful drafting if potential litigation costs are to be avoided, for example do returns reduce turnover? These leases vary with either: rent based on a percentage of open market rent (e.g. 75%) plus a fixed percentage of the tenant’s turnover to the extent it exceeds the principal rent; or rent based solely on the tenant’s turnover but with the tenant guaranteeing a minimum amount of turnover, and usually a cap on the turnover figure. Alternatively, an agreed base rent with annual uplifts of the base rent payable, based on any increase in turnover for the previous accounting period.