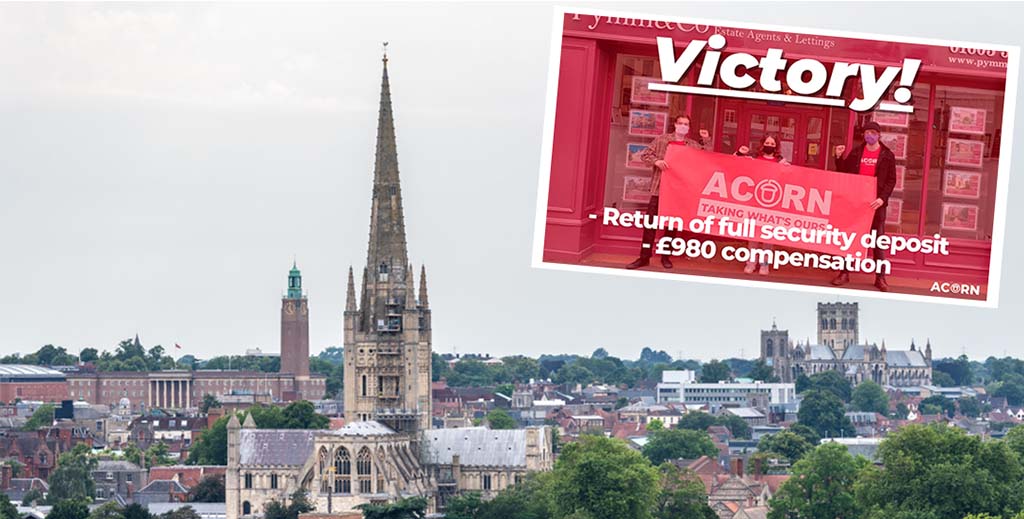 The Acorn union’s aggressive tactics have strong-armed a landlord into paying her former tenants compensation.

Its Norwich branch is gloating after naming and shaming landlord Ruth Friedman on its Facebook page and including a link to her company so supporters could berate her directly.

The spat concerned Magdalena Meza Mitcher and Ben Skelton, who enlisted Acorn’s help in an attempt to get rent reimbursement and compensation for personal items damaged by mould in their three-bedroom house in Aylsham Road.

They told the Eastern Daily Press that due to a price dispute between the landlord and her letting agent, Pymm & Co, works to fix the problem weren’t carried out until January and were “inadequate quick-fixes”.

Friedman has now paid the couple £980 while Pymm & Co has issued a written apology for her inaction. However, Friedman told the EDP she hadn’t paid because she agreed with the tenants’ claim, but because of Acorn’s “inappropriate” tactics and the way they attacked her professional life on Facebook, adding that she had already given the tenants a rent reduction of 20% for December and January.

She said: “I came to understand I was not just in a dispute with my ex-tenants but a well-organised national network with a vision to fundamentally change how property ownership is structured.

“As I am only a single property landlord, renting out my previous home in Norwich while I live abroad, I did not want to get caught up in their wider campaign.”

She added that she was very happy with her new letting agency, which had resolved all outstanding issues and better supported her new tenants.

Acorn members had also protested outside Pymm & Co’s office earlier this year, a move which the agent criticised during the pandemic.