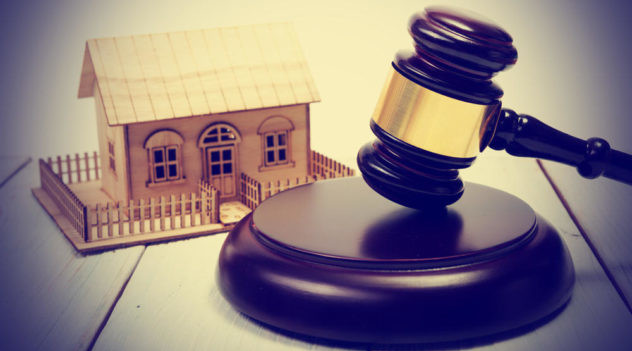 Home repossessions have risen generally in Q3 2019, but there’s been an even more dramatic increase in repossessions in the buy-to-let market.

UK Finance has reported that home repossession jumped by 19% when compared to the same period last year, but the equivalent figure for buy-to-let is 40%, involving around 800 properties.

The mortgage industry trade association points out, however, that the figures involved are still well below levels seen following the credit crunch years, between 2009 and 2014. Describing these figures as a “slight increase” it goes on to explain that this is “partly the result of a backlog of historic cases which are being processed in line with the latest regulatory requirements.”

According to UK Finance overall arrears have fallen slightly, but serious arrears have risen by 9 per cent. It is estimated that around one-third of landlords plan to sell at least one property over the next 12 months.

Following an FCA regulatory review a couple of years ago, the rules were changed on how lenders have to calculate what a borrower owes when a buy-to-let mortgage falls into arrears. UK Finance says this has led to wholesale reviews of a large number of cases on an individual basis. However, repossession applications are only instigated when “all other options have been exhausted.” This could account for the backlog which it now says has distorted the overall picture.

It shows though how some buy-to-let landlords are struggling balancing their finances, especially those who are highly geared with mortgage finance. Next year the phased-in reduction in mortgage interest relief will be fully implemented adding even more tension into the equation.

“Repossessions for mortgage arrears take place for many different reasons.

“Mortgage interest relief changes, which are now almost fully implemented, the increasing cost of regulation and the ever increasing time to repossess a property are all major factors.’

“Since most repossessions of this kind lead to tenants being evicted it is vital that the next government actively supports the majority of landlords doing a good job to provide the homes to rent the country needs.

“If we want to develop long-term tenancy models we need also to support landlords to stay in the market long term.”

“Arrears remain low, but with weak retail performance and worsening economic data, it’s difficult to imagine this being sustained long into the new year. The mortgage possessions figures are concerning. UK Finance are right to point out that this stems in part from historic cases but it is nonetheless a significant jump.”

“We warned the government that the tax increases they have imposed on landlords would be counter-productive and these figures show how right we were.

“All they are achieving is driving landlords to leave the market, damaging investment and making it more difficult for tenants to find somewhere suitable to live.

“Whoever is in government following the election needs to completely change the approach and start to support good landlords to encourage them to invest to meet the rising demand for rented housing.”

Still going: the lottery winner who doubled his money via buy to let