With a government crackdown on landlords’ tax and buy-to-let (BTL) mortgage approvals, one would perhaps expect that the response from mortgage lenders would be to increase their rates.

Not so, it seems. Competition between mortgage lenders and their need to keep their finance business flowing, BTL mortgage rates since the tax announcements have in fact been falling.

Landlords since April 1st are facing a 3% higher stamp duty and a mortgage tax relief cut to be phased in over 4 years.

But despite this stamp-duty increase and the looming tax relief cuts, the buy-to-let mortgage lenders are continuing with the current market trend and slashing their rates. 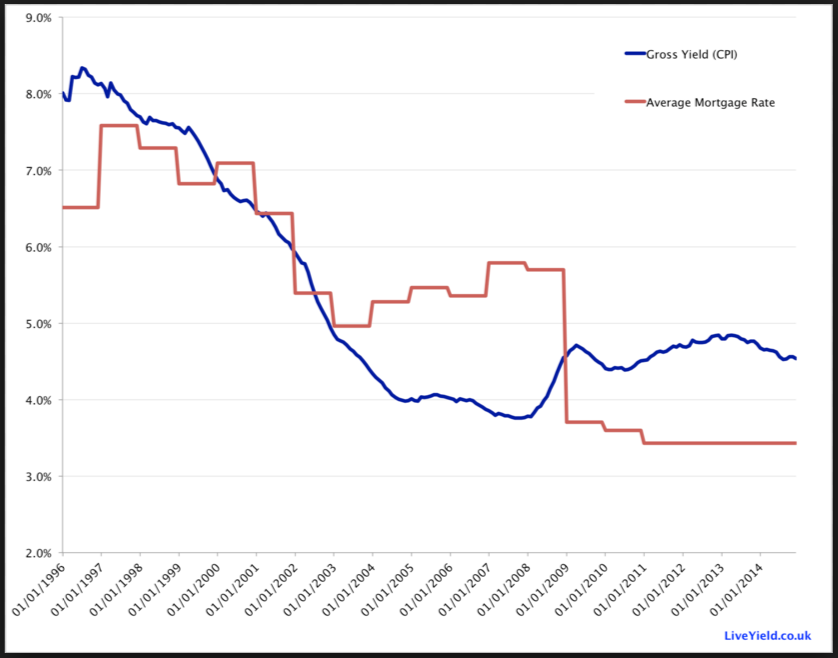 The chart here shows the trend in BLT mortgage rates over an 18-year period to early 2014. So far the trend is still down, and no early sign of a rise in interest rates generally. But with a rise in the US rates last year, and rumours of another one this year, it is surely inevitable that UK rates will start to rise before too long.

“Over the last few months, certainly before the stamp duty change came in, there was a definitely the consideration that there’s a bit of an opportunity to be had, so that increased competition will have pushed lenders to cut rates.”

Mr Gettins said the rate cutting wasn’t surprising as: “There is still a lot of appetite for buy-to-let from lenders, it still represents in most cases very good risk lending.”

There was a boom in rental property sales for BLT in the run-up to the April 1 deadline with landlords rushing to avoid the stamp duty surcharge, but it remains to be seen what effect the tax changes will have on the market over the next four years and the reduced tax relief is phased-in. Will it affect landlords’ appetite for additional property investments?

BTL landlords are aware that their costs will increase in the short-term but says Mr Gettins:

“Really the best way landlords can look to mitigate that impact is to reduce their outgoings, so there is plenty of pressure to push rates down and plenty of competition still left in the market.”

Charlotte Nelson, a finance expert at Moneyfacts, has said:

“While the current pressures on the market are not yet causing rates to rise, borrowers should remember that they will now be facing tighter lending rules, including stricter affordability checks, so it is even more important for potential landlords to seek financial advice to see if buy-to-let really is the right option for them.”