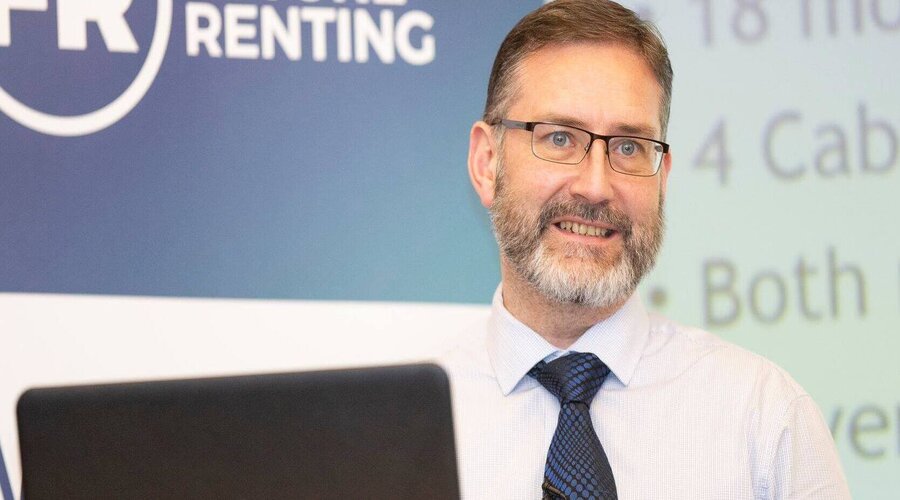 The National Residential Landlords Association (NRLA) is sad to confirm that its deputy director for policy and research, John Stewart, has died after being diagnosed with cancer.

Ben Beadle, chief executive of the NRLA, says during his time there, and before that with the Residential Landlords Association (RLA), John was a popular and valued friend, colleague and mentor who worked tirelessly for the organisation and its members with passion and conviction.

“Known for his love of Eurovision and Kilmarnock FC, John was well respected within the industry for his knowledge and experience and was committed to creating a fair and well-functioning private rented sector for landlords and tenants alike,” says Beadle. “He will be missed by many. Whilst we mourn his loss, we fondly remember his sense of humour and the kindness and support he showed towards those he met and worked with. These continued to be his hallmarks, even as he faced his devastating diagnosis.

“Our heartfelt sympathies go to John’s husband, Neil, and his wider family and friends at this difficult time.”

John had held his post since the NRLA was established in 2020, and before that was policy manager for the RLA for almost six years. Prior to joining the RLA he served as chief executive of Manchester Pride, having been a councillor in Aberdeen for nine years, including almost two years as its leader.

John is pictured at the Future Renting Wales conference at Jury’s Inn, Cardiff, on 28th November 2018. Photo by Mark Hawkins for the Residential Landlords Association.