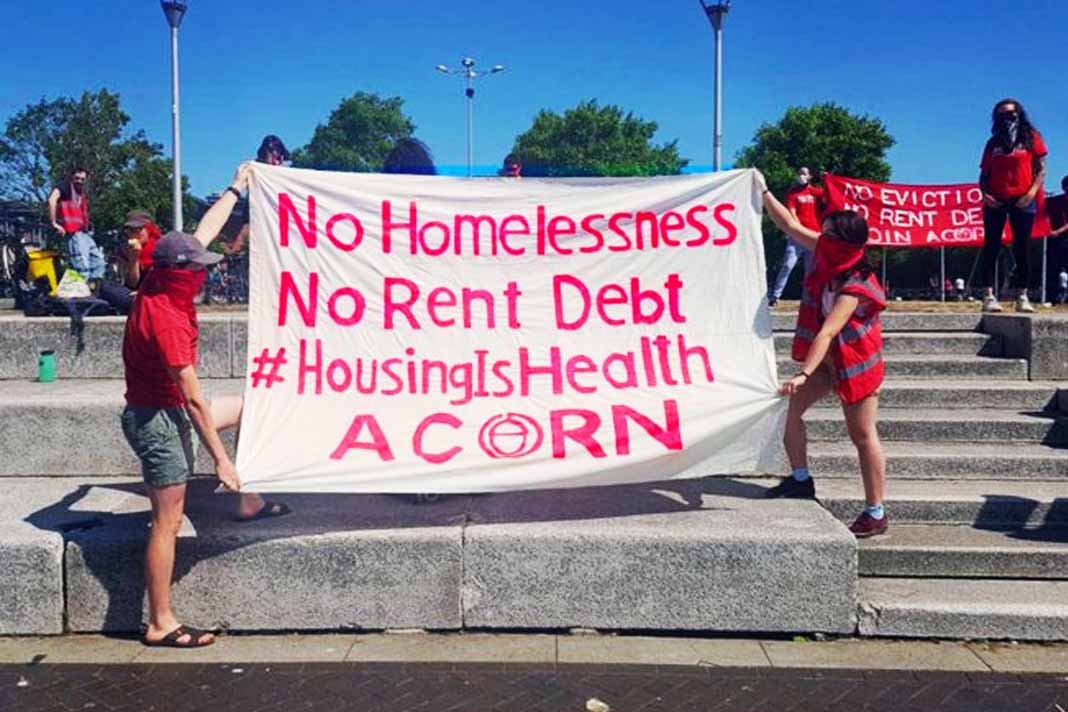 Acorn says its message that the evictions ban should be extended for another six months was warmly received by members of the public at its various events yesterday.

Housing campaigners upped the ante yesterday during demonstrations in 19 cities to persuade the government to extend the evictions ban in England for up to six months, force landlords who receive mortgage holidays to pass on the savings to their tenants and scrap Section 21 ‘no fault’ evictions.

Acorn, the loose national coalition of renters’ rights campaigners, held the socially distanced demonstrations during a day of action on Bank Holiday Monday.

Hamstrung somewhat by the Coronavirus restrictions, the demonstrations in each city consisted mainly of affixing large banners to public structures proclaiming ‘No Rent Debt’ and ‘#HousingIsHealth’.

Nick Ballard, one of the lead organisers of the campaign, said: “All across the country, from Cardiff to Newcastle and everywhere in between, people in the streets have been talking to us and saying they want to support us, which is great.

“It is what we hoped we were going to get: people saying that they are against the evictions starting again.”

Campaign organisations like Acorn know their moment has come, as both the Ministry of Housing, Communities and Local Government and the Ministry of Justice considering what to do once the current evictions restrictions are lifted on June 25th.

They have three options to consider – resume evictions including new and existing possession hearings; allow existing evictions that were initiated before the pandemic to proceed but prevent new proceedings; or extend the current ban for another three or, as Acorn would like, six months.