Why is housing so expensive in the UK compared with the rest of Europe?

Is it a coincidence that the countries with the largest rental sectors also have the most stable house prices, and strongest economies?

Our obsession with home-ownership and prejudice against landlords has turned housing into a speculative commodity. People will pay anything they can to climb onto the housing ladder.

This article looks behind conventional wisdom to examine what we can learn from other countries that might help us to take some of the heat out of the housing market.

Who would rent if they could buy?

There is a really good feeling that comes with owning your own home. You are not answerable to anyone else for what you do with it, and free to develop and change it to suit yourself. Given a choice most people would prefer to buy for those reasons alone.

In the UK private renting is a particularly poor alternative. Tenancies are all very temporary, making it hard to put down roots. Few tenants would invest in redecorating, or improving the garden because they cannot be sure of staying. It does not have to be like that.

French tenants can take a longer term interest in their homes, with three year tenancies that are automatically renewed unless they are in breach of the agreement. The landlord is responsible for providing a decent home, but the tenant is liable for all maintenance and minor repairs.

Landlords can only take back the property to house a member of their family, or to sell, in which case the tenant gets first refusal.

There is no rent control on new tenancies. During the tenancy, or at renewal, any increase is limited to the local rise in market rents so people do not get pushed out by unreasonable rent increases. Similar rules apply in much of Western Europe, making renting a much more viable long term option where people can really feel at home, and secure.

Part of the problem is our attitude to landlords, who are popularly portrayed as greedy and exploiting. Press reports exaggerate the money to be made from rents, quoting gross returns and ignoring running costs. The fact is the vast majority of landlords are amateurs letting out one or two units.

The returns are too low to attract institutional investors. Otherwise we would see big brands being developed as in every other area of commercial activity. Small landlords do not charge for their time in managing the properties, and often do minor repairs themselves to keep the costs down, in ways that commercial property companies could never match. There will always be a few rogues, and good landlords decry them as much as anyone else. But according to opinion surveys most tenants think their landlord provides a good service.

The UK has one of the least affordable and most dysfunctional housing markets in the developed world. It is no coincidence that the countries with the strongest rental sectors have the most stable housing markets. Germany with one of the most successful economies has some of the best tenancy terms found anywhere and 55% of households rent their homes. Switzerland and Austria also have very healthy rental sectors. All have relatively stable house prices. 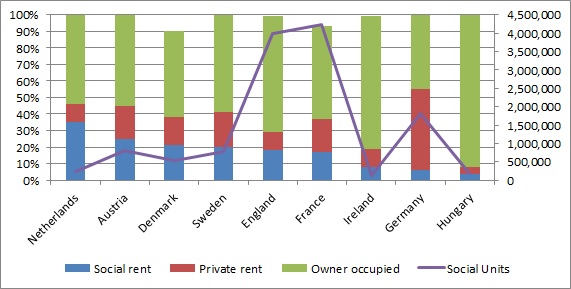 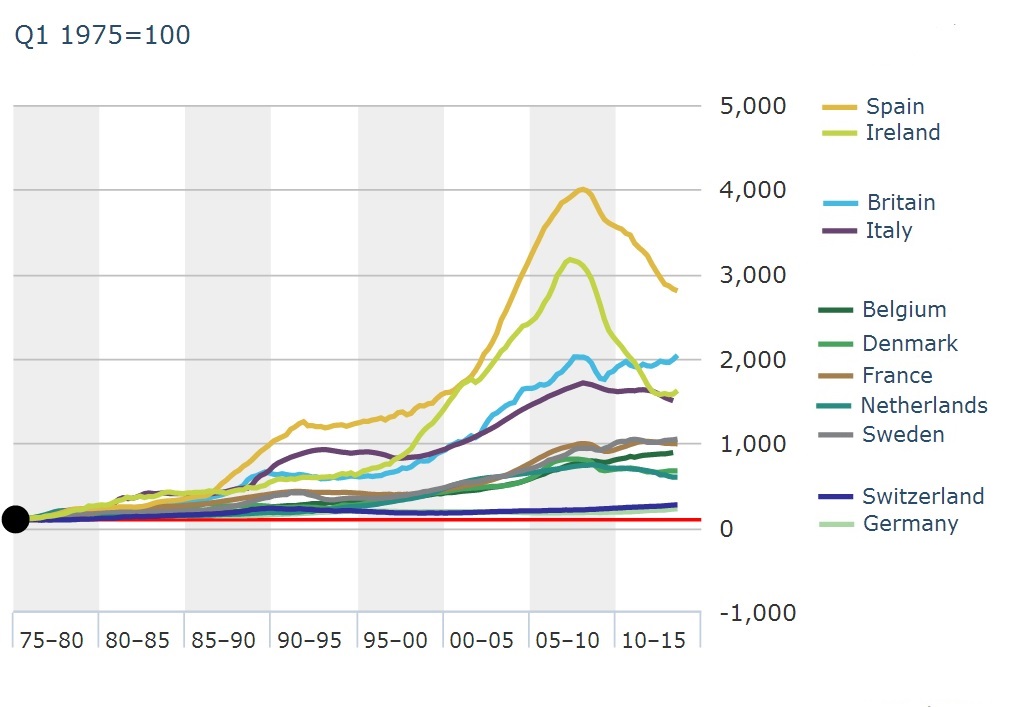 The countries where house prices grew faster than the UK and crashed further following the banking crisis are Ireland and Spain, and those in Eastern Europe where people were given the properties they occupied after emerging from communism. These have even smaller rental sectors than the UK. In Denmark, France, Holland and Sweden many more households rent their homes, and all of them have relatively steady house prices.

Sitting comfortably in our own homes we can feel good about rising house prices. The gap between what we own and what we owe represents our wealth. We deserve it for having been bold enough to buy, and stretching our finances to do so. But we did not actually work to create that extra value, whereas someone else will have to earn the money to pay for it when we sell.

Higher house prices make it harder for first time buyers to get onto the housing ladder. Indirectly they also raise rents which would otherwise be too low to recover the cost of investing in rental properties. As a result we spend more of our disposable income housing ourselves than almost any other country in Europe: only Greece and Denmark spend more.

There is no other investment we could possibly make that is more profitable than buying our own home. Nor would any bank lend us the money to invest in anything else in the way they do for our housing. Most of us that bought twenty years ago will have seen the value of our houses rise by more than all the interest we paid on our mortgages. In the 25 years to 2013 the Bank base rate averaged 1.95% pa above the RPI, whilst house prices across England rose at an average rate of 2.2% above the RPI or 5.75% gross over the same period.

No wonder we all scramble to get onto the housing ladder, and will pay anything we can to get there. The result is an overheated housing market in which prices keep rising to the point where the bubble suddenly bursts, as it did in 1973, 1979, 1989, and worst of all in 2008. The roller coaster in house prices hit confidence with every downturn, causing boom and bust cycles right across the economy. We are only just recovering from the 2008 bust, and can already see signs of the next one approaching.

Measures to control run away house prices in the southeast can kill recovery in less prosperous areas before it has even begun, adding to the north/south divide.

Prices rise where the demand exceeds supply, and in a healthy market this should invite increased construction. The Barker Review found that ‘UK house building is only half as responsive as the French, a third as responsive as the US and only a quarter as responsive as German house building; and over the last 10-15 years, supply has become almost totally unresponsive, so as prices have risen, the supply of houses has not increased at all’. It concluded that the main culprit in the shortage of housing was our planning system that deliberately constrains the expansion of urban areas through the greenbelt, and is heavily weighted against development.

In and around London the majority of potential building sites are in the hands of individuals and companies seeking to profit from scarcity. Amongst housing professionals there is a clear consensus that we need to find ways of increasing the supply of new housing so it matches the growth in households, and is more responsive to local demand. This is a political problem, and it requires sensible policies to solve it.

Housing is a speculative commodity

Measures aimed at cooling the housing market by reducing demand generally have the biggest impact on first time buyers, and those who most recently purchased their properties and consequently have the largest loans to repay. Banks are being told to be more rigorous in assessing what buyers can afford to borrow, with loans at no more than three and a half or four times income. First time buyers have to find ever larger deposits, which in the more prosperous parts of the country is almost impossible without the bank of mum and dad. Interest rates are expected to rise.

There is an altogether different approach to taking the heat out of the housing market: by reducing the speculative gains. Our housing is the only investment we can make, apart from a pension, on which the profits are not taxed. And even on a pension we pay tax on the income when we draw money from it. Profits on rising house prices are not taxed for fear that home-owners might show their displeasure through the ballot box. Turkeys do not vote for Christmas.

A sensible way of introducing it would be to replace the stamp duty, which is paid by the purchaser, with tax on the increased value of a property net of inflation paid by the seller. This would shift the burden off first time buyers and on to those that have benefitted from the rising prices, which is where it really belongs.

There are a number of other measures that could also help, including a genuine property tax based on the current value of our properties. This should also apply to land awaiting development. The council tax bands make the tax paid as a percentage of value higher on the cheapest properties than on the most expensive. Those holding on to potential building sites pay none of it.

An alternative might be to re-introduce the old Schedule “A” tax on the imputed rental value of a home, net of mortgage interest. This has the very real advantage that those who bought most recently and have the largest mortgages in relation to the value of their homes would pay little or nothing.

These measures would also help to level the playing field between renting and buying, so that long term rental might be a viable option. Landlords and the banks that finance them should be persuaded to accept longer term tenancies at market rents in exchange for a less onerous tax regime, as they do on the continent.

Since rent controls were removed in the eighties, and buy-to-let mortgages became available in the late nineties the size of the private rental sector has doubled from 9% to 18% of households. It is the one part of the housing market that appears to be functioning well: supply has risen substantially in response to demand. Contrary to popular belief, rents have risen by less than inflation in recent years, whilst house prices have rocketed up.

For this to be sustainable without relying on speculative gains from the growth in house prices the financial returns from rents must be improved.

If we let house prices keep rising as they are, more households will be forced to rent anyway, and it becomes increasingly unfair that both the rent and the capital gains on rental properties are fully taxable when neither is taxed for home-owners. Experience from across Europe shows that a healthy rental sector is an important factor in stabilising house prices, and it will only be sustained by fairer taxes. 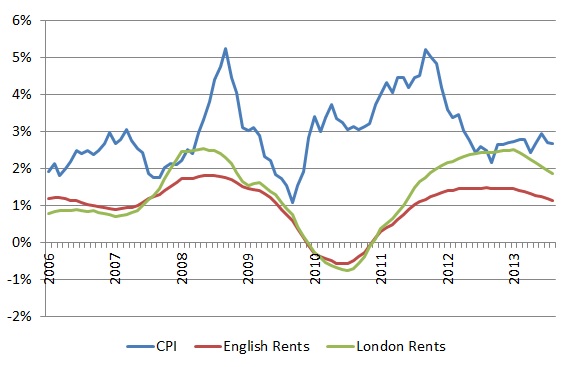 Fig 1 Tenure mix in Europe graphs data from the LSE’s 2007 report on Social housing in Europe.

The Barker Review of housing supply was published by HMSO in 2004.

For a detailed analysis of the financial returns from private renting see Investing in buy-to-let by Dave Treanor, published on LandlordZONE.

For an in depth examination of house prices in the UK see economics of home-ownership by Dave Treanor, published on LandlordZONE.

For a comparison of rental sectors in Europe see Bridging the gap between social and market rented housing in six European countries published by Delft University Press in 2009.

Dave Treanor recently retired as managing director of M3 Housing and secretary of the National Housing Maintenance Forum.
He wrote Housing Investment Appraisal for the National Housing Federation, and developed financial appraisal systems widely used by housing associations.
Prior to that he spent many years working with housing cooperatives.